When Wren and Darra meet at age fourteen, they recognize each other instantly, though they’ve never actually met. It has been six years since something happened that affected each of them profoundly: Darra’s father stole a car and drove it home, not knowing that Wren was hiding in the back. Darra was the only one who guessed that Wren stayed hidden in their locked garage—how could she help Wren and still protect her father?

For Wren, hungry, thirsty, trapped and terrified, not knowing who to trust, the hours dragged on as she searched for a way out.

Now, in Cabin Eight at Camp Oakwood, each girl knows the other’s most private secret—and neither of them wants to talk about what happened.

For the most part, they manage to avoid each other—until their Lifesaving teacher introduces a game called “Drown Last,” and Wren and Darra meet underwater in an intense encounter that leaves them both gasping for air—and answers—when they surface. 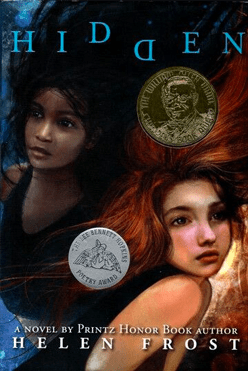 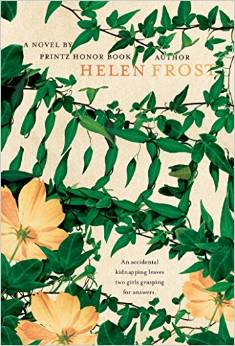 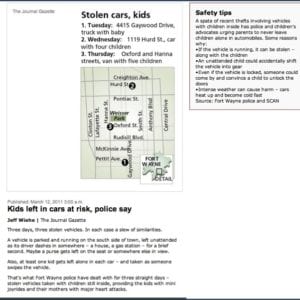 If you’re wondering if something like this story could really happen, here’s an article that appeared in our local paper on the day HIDDEN was published! 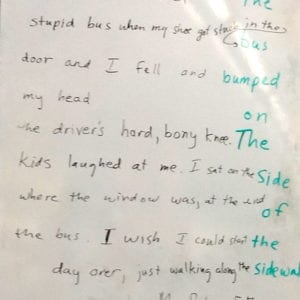 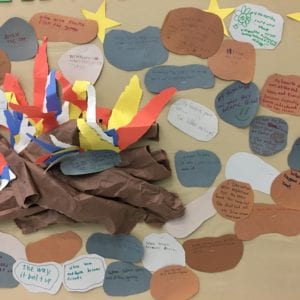 Even if you can’t have a real campfire, you can imagine one! 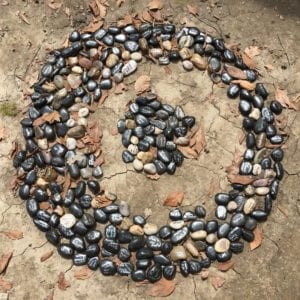 Try making your own stones and rock circle. 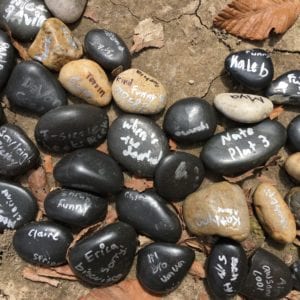 “Frost is a master at letting each girl’s feelings unfold from when they were eight and when they meet again.” “Teen readers will be intrigued by the kidnapping that opens the story, which is told at a fast pace through straightforward poems.”  VOYA, a “Perfect 10” Review (5Q, 5P)

“Like finding a hidden picture within a picture, the second reading tells yet another point of view. A masterpiece!” —Shirley Mullin, Kids Ink Children’s Bookstore

“Frost’s tale exhibits her trademark character development that probes the complexities of intimate relationships. …Both tender and insightful, this well-crafted, fast-paced tale should have wide teen appeal.” —KIRKUS, Starred

“… This original blend of crime tale, psychological study, and friendship story is a page-turner that kids will love…Wren’s captivity in the garage is truly suspenseful, and the various interactions of the kids at the sleepover camp are a study in shifting alliances. The book also touches on some deeper issues, like how you can love a parent who is sometimes abusive, and how sensitive kids can blame themselves for things that aren’t really their fault. Smoothly written, this novel carries a message of healing and hope.” —Lauralyn Persson, Wilmette Public Library, IL SCHOOL LIBRARY JOURNAL