Two sisters, Jeannie and Sarah, tell their separate yet tightly interwoven stories in alternating narrative poems. Each sister – Jeannie, who leaves Scotland during the Highland Clearances with her father, mother, and the younger children, and Sarah, who hides so she can stay behind with her grandmother – carries a length of the other’s hair braided with her own. The braid binds them together when they are worlds apart and reminds them of who they used to be before they were evicted from the Western Isles, where their family had lived for many generations.

The award-winning poet Helen Frost eloquently twists strand over strand of language, braiding the words at the edges of the poems to bring new poetic forms to life while intertwining the destinies of two young girls and the people who cross their paths in this unforgettable novel. An author’s note describes the inventive poetic form in detail.

Note from a teacher:

“As a school, we have never had this response to a book before, so this is a wonderful experience. Not only that, but since our students allowed themselves to enjoy your book and enter the world of The Braid, they have begun to enjoy other books as well. … I hope you enjoy the fact that you have touched the lives of our students at SRHS. We have young men enjoying Romeo and Juliet and the Cask of Amontillado, and there are no words to describe how wonderful that is. Your book showed them the way of how to enjoy reading. Thank you, Ms. Frost, very much.”  —George Schultze, teacher at Salt River High School in the Pima-Maricopa community, Scottsdale, Arizona 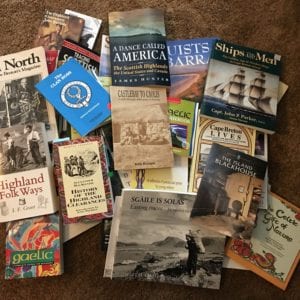 A few of the books consulted in research for The Braid.

Helen looks up at the cliffs of Mingulay, 2004 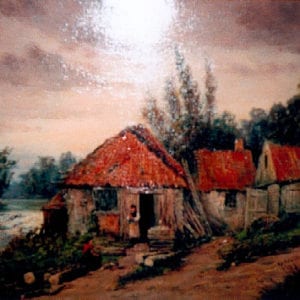 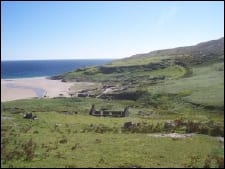 A view from a hill, looking down on the abandoned village on the Isle of Mingulay. 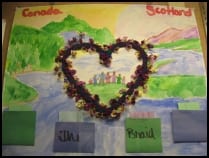 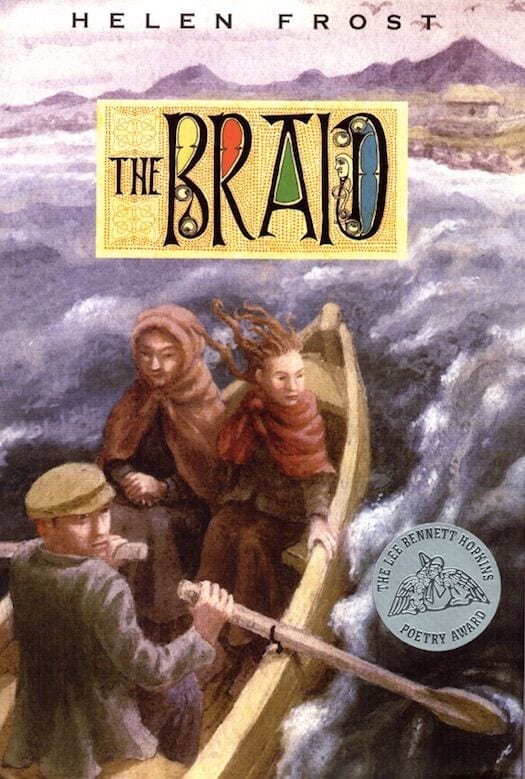 About The Highland Clearances:

About the Isle of Barra:

“It’s my first time reading some kind of book like that, cause I don’t usually read. You know. I liked it too. Helen Frost, you done good.” —DeMario

“I love the book so much!!! The history of it appeals to me, as well as the story, the characters and the structure of the book.” —Ana Liuzzi

“Frost’s … ingeniously structured novel in verse about a Scottish family may be set in 1850, but its themes will resonant with today’s teens. … The braid not only symbolizes the bond between the sisters … but also nods to Frost’s form here, the Celtic knot, which she employs seamlessly. This brief, memorable book spans two years, several deaths, first love and the stigma attached to unwed mothers, while also conveying the resolve of one family to survive and to preserve hope.” —Publishers Weekly, Starred

“…this gem of a book ultimately tackles age-old issues of teen pregnancy, death, poverty, and first love in a timeless manner. Frost tells the compelling story using a formal structure consisting of narrative poems in alternating voices, praise poems, and line lengths based on syllabic count. While the inventive form is accomplished and impressive, it’s the easy flow of the verse and its emotional impact that will carry even reluctant readers into the windswept landscape and the hardships and dreams of these two girls.” —Jill Heritage Maza, School Library Journal, starred

“…The braid is both powerful fact and stirring metaphor in the girls’ story of lasting connections, oceans apart, and it extends to encompass themes of home, shelter, and heritage, as well as the yearning for family wherever one lives. In concluding notes, Frost explains the poetic forms she used, which braid together the two immediate voices with echoing words and rhythms.” —Hazel Rochman, Booklist, starred

“…a pleasing “braid” of sound and sense; …the events in this historical refugee tale are compellingly poignant as well as authentic, the sisters courageous and well realized.”  —J.R.L. The Horn Book

“Despite an incredible use of form, neither story becomes in the least bit stilted, flowing easily through the events of each child’s life over a roughly three-year period. . . the long narrative poems are structured such that each line has the same number of syllables as each girl’s age, growing almost imperceptibly as the novel progresses. The symmetry Frost uses is simply breathtaking, more so for being nearly unnoticeable without close examination. Her use of imagery and depiction of the girls’ lives elevate this work to the level of art.” —Children’s Literature

“…The result is a lyrical feeling that transports the reader and prevents the transitions in the story between Canada and Scotland from being too jarring. Poetry, adventure, romance, historical fiction-this book has something for every reader.” —Debbie Clifford, VOYA (Voice of Youth Advocates)

“Telling of the struggle and adventures of two teenage sisters, one in Nova Scotia, the other on the isle of Barra in the 1850’s, this is also an adventure in language….Readers will hold their breaths waiting to discover what happens to the sisters while their verbal reservoirs will be restocked with incredible imagery, rich vocabulary and powerful storytelling.” — Kirkus

About The Highland Clearances:

About the Isle of Barra:

“It’s my first time reading some kind of book like that, cause I don’t usually read. You know. I liked it too. Helen Frost, you done good.” —DeMario

“I love the book so much!!! The history of it appeals to me, as well as the story, the characters and the structure of the book.” —Ana Liuzzi